When your marriage is ending, you need an experienced Brooklyn divorce lawyer that understands New York matrimonial law, how to negotiate effectively and focus on your best interests. Your divorce may involve child custody issues, division of property, and payment of debts. There may be support payments to consider, and potentially concerns of domestic violence. You should not handle these complex matters alone. Your spouse will most likely have legal representation. You should have a Brooklyn divorce attorney protecting your interests during divorce proceedings.

Robert S. Gershon, Esq. respects the importance and delicacy of the issues you will encounter during your divorce. Mr. Gershon can represent you in a manner that is both compassionate and tenacious. He has the experience to navigate all of the complicated twists and turns your divorce proceedings can take. You need someone on your team to protect your assets and fight for what you deserve. If you need a Brooklyn attorney to handle your divorce, call Robert S. Gershon.

If you and your spouse end up in litigation, it is usually because there are areas of disagreement that are hotly contested and the parties cannot agree. In this case, a judge will be the one who makes all of the decisions regarding division of property, child custody, visitation, and support if the issues are not resolved before trial. When important issues such as these are left in the hands of a judge, it is imperative that you have a divorce lawyer who has a deep understanding of NY matrimonial laws and procedures, and who can passionately fight to see that your best interests are protected at all stages of the process. If you are looking for a divorce lawyer in Brooklyn who has experience, Robert S. Gershon, Esq. is the one to call.

There is a residency requirement to get a divorce in New York. Domestic Relations Law section 230 states that one of the following 3 conditions must exist to file for divorce in NY:

While the residency requirements sound simple, they are not. It is imperative that you bring your case in the proper jurisdiction. You should not assume you have the correct jurisdiction, and an experienced NY divorce lawyer can help you make this determination.

There can be questions as to where the grounds for your divorce occurred. Speak with Robert S. Gershon, a seasoned divorce lawyer in Brooklyn, before beginning your divorce proceedings.

Legal Reasons to Seek A Divorce in New York

While New York does have a no-fault divorce law, it is not a true “no fault” state. You do not have to prove fault by your spouse. However, in your divorce papers, the parties must indicate the marriage has been “irretrievably broken” for at least six months, and one of the spouses must state this under oath. Even then, divorce will not be granted unless other issues such as spousal support, custody, distribution of property, visitation and child support have been agreed upon or decided by the court.

Other legal grounds for divorce in New York are:

Incarceration – When, after getting married, one spouse is in prison for a minimum of three consecutive years, the other may file for divorce. The “free” spouse may use this ground for divorce for up to five years after the imprisoned spouse is released.

Legal Separation – Spouses can enter into a legal separation agreement. The agreement states that at the end of one year, after living in separate residences, either party may receive a divorce.

Separation Judgment – When spouses don’t enter into a voluntary legal separation agreement, the court can grant a legal separation order requiring the parties to live separately for one year. At the end of the year, either party may receive a divorce.

Cruelty – One spouse can seek a divorce if he or she can prove that the other has been physically or emotionally abusive. The abused spouse must prove that continuing to live or be married to the abuser is dangerous.

Abandonment – When one spouse leaves the home, unprovoked, and fails to return for at least one year, the other may file for divorce on the ground of abandonment.

Constructive Abandonment – This occurs when one spouse refuses to engage in sexual relations with the other spouse for a period of one year.

Adultery – If one spouse can prove that the other committed adultery by engaging in a sexual relationship with a non-spouse individual during the marriage, he or she can file for divorce on the ground of adultery.

Whatever the grounds for your divorce, you want to make sure your case is presented in the best light and that you meet all of the necessary requirements to satisfy the laws. Doing this with a divorce attorney can ensure that your case moves along in a timely and successful manner.

Why You Need a NY Divorce Attorney

Experience, knowledge, understanding, and compassion are some of the reasons to hire a Brooklyn divorce attorney. However, the main reason is that you need someone who can use their knowledge of the laws, court procedures, and negotiating skills to make sure that your family, your property and your legal rights are being protected.

Your best interests must be top of mind and when you are becoming divorced you are likely to be emotional and stressed about your new future. It helps to have a dedicated divorce lawyer like Robert S. Gershon representing you every step of the way. As an experienced divorce lawyer, he can provide help with every issue that may arise during your divorce; 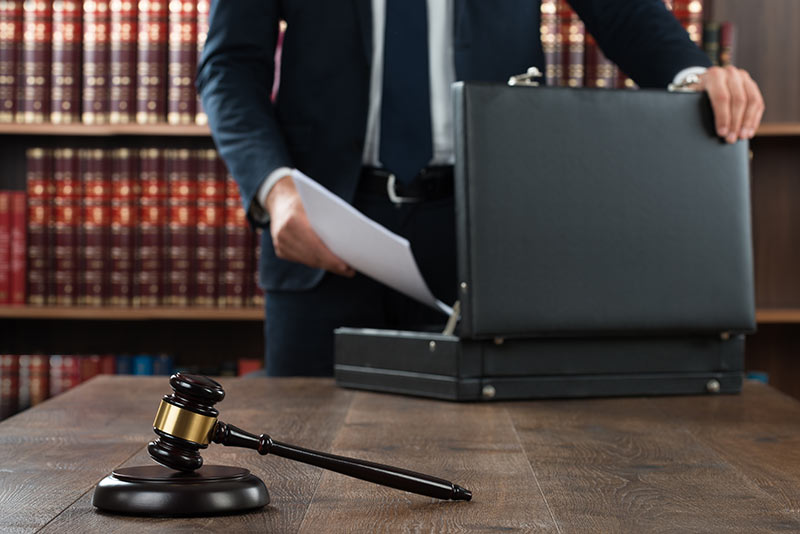 Contact the Brooklyn Law Offices of Robert S. Gershon to Discuss Your Divorce